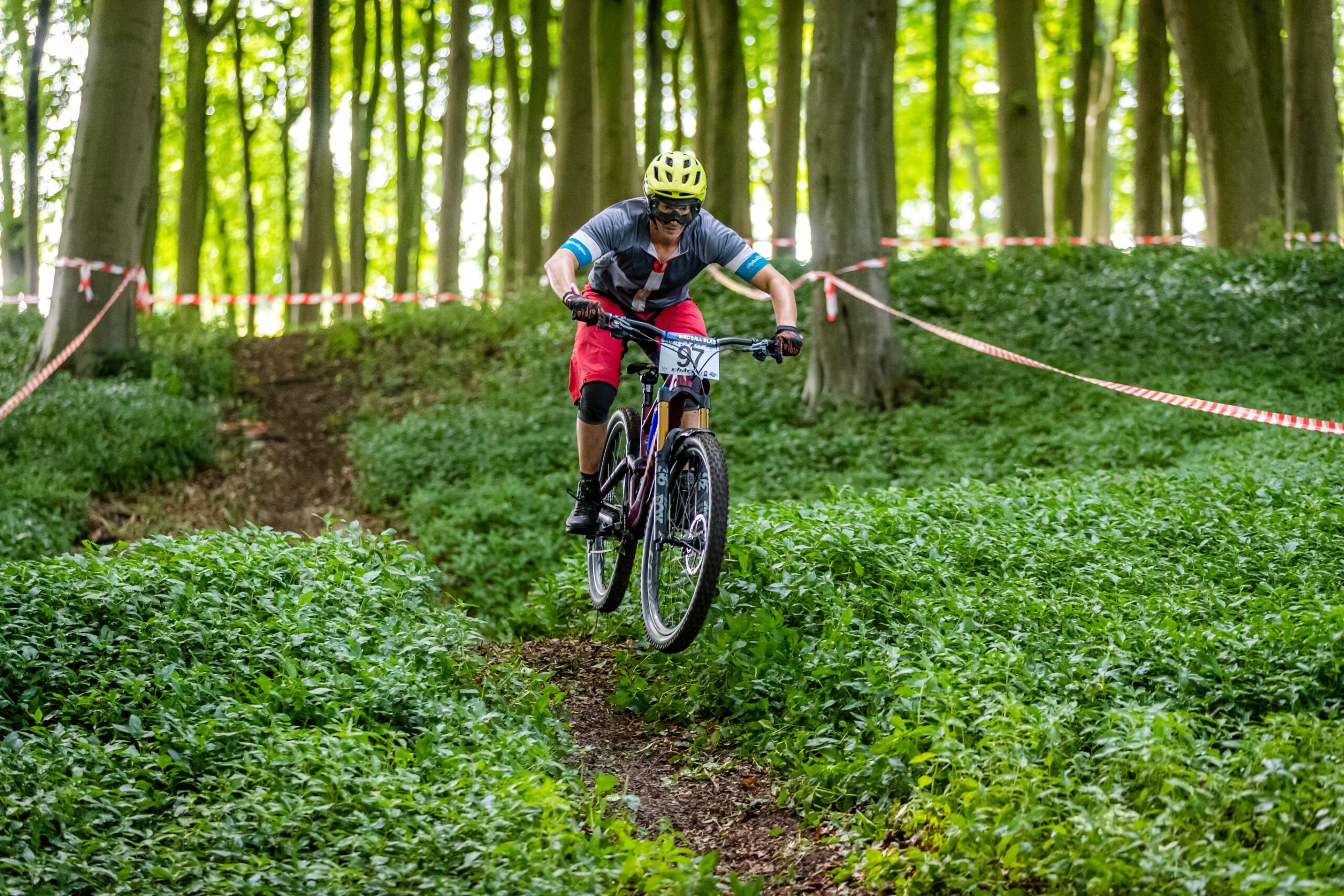 It’s fair to say it was a huge weekend for sport in the UK with the conclusion of Wimbledon, a certain football match, the first round of the National Downhill series and the unleashing of an all new Enduro. NRB events were the organiser and the event was the Birdsall Blast. Hosted by Birdsall estate, it’s a house and home to the Willoughby family on the edge of the Yorkshire Wolds. With approximately 12,000 acres of land including rolling hills and forests, there’s plenty to play with for the organiser. Talking with the family, James and Cara on the Saturday night you could tell of their enthusiasm of the sport, having just recently hosted the 500 rider Yorkshire Mountain Bike Marathon within their grounds.

This was not your typical enduro though. No specific running order this time, but a mash up. This time you could run the 4 stages in any order you wished and race the stages as many times as you like. Many riders tackled stages 1 and 2 a few times, then moved onto stage 3 for a few runs and finally onto stage 4. Each loop passed the event HQ where you could load up your times and see where you needed to improve. The main rule being you had 5 hours to race the stages and complete 2 loops. The loop itself was a fraction under 10 miles with an approximate ascent of 1300 feet. Not a small race at all if you ran 2 loops and did multiple stages.

Here’s the link to the full results and photos

For a first attempt at an enduro race NRB events nailed it with the help of Pedalhounds. The social media euphoria is still high following this race. 140 riders signed up and 15 of them were women. It’s not often these days that you’ll see more than 10% of the racers women. Furthermore, there were many new racers trying out this event. But despite the race being relatively calm in technically, it still brought out the seasoned racers to compete. I would not be surprised if this race attracts many more racers in the coming years and grows to having several hundred racers fighting for places. NRB has some pretty huge plans for future events, but more of this later in the year.

A spokesperson for NRB EVENTS said: “Thanks to everyone who made the race such an enjoyable experience – riders and crew, officials, marshalls, podium sponsors, our friends from Pedalhounds, Mountain Rescue and landowner James Willoughby.

“Chris Smith suffered a C7 vertebrae fracture which means he will be in a brace for several weeks. He is raring to get back on his bike.

“Unfortunately his accident meant Jerry (little old me) could not complete his lap and as stage three had to close early some riders were unable to complete a second lap so that rule was declared void for this race.

“Chris was fastest in his category and as he had already set his time previously on stage three he was not required to return his timing chip.

“NRB Events has learned some valuable insights from this its first event and is grateful to those who made it such a success.

“We are ready to run our next event and that will be sooner rather than later. Announcement to come soon.” 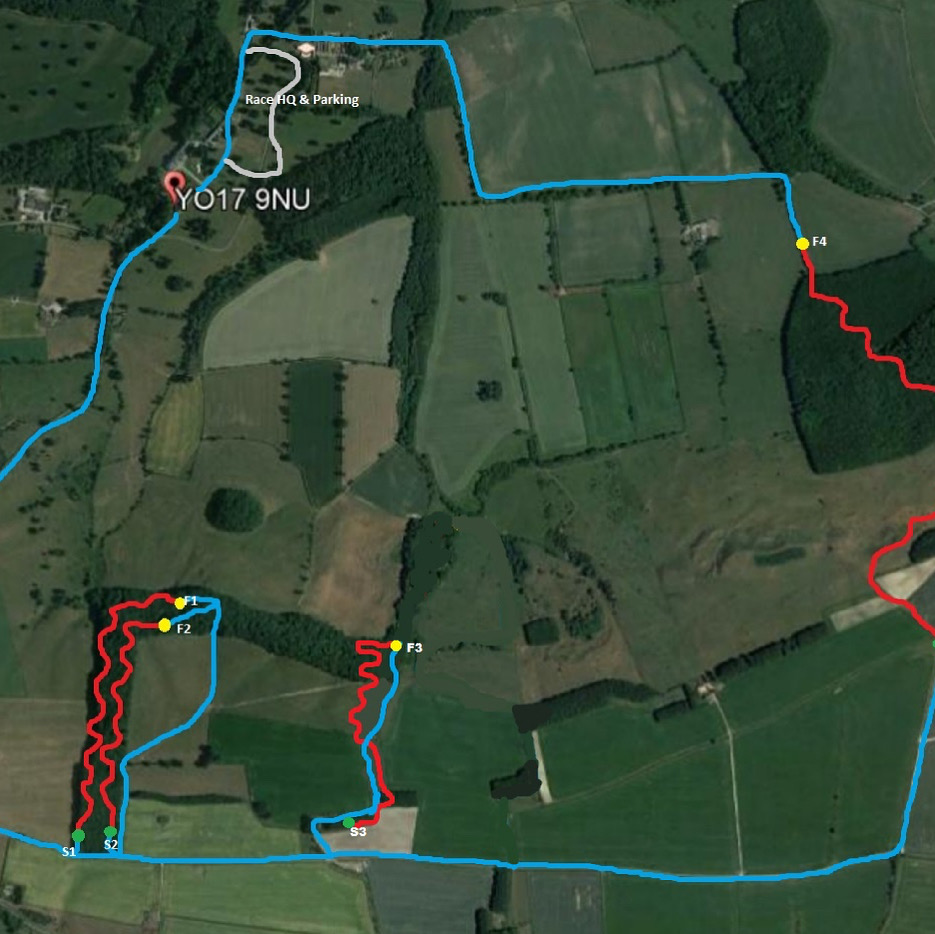 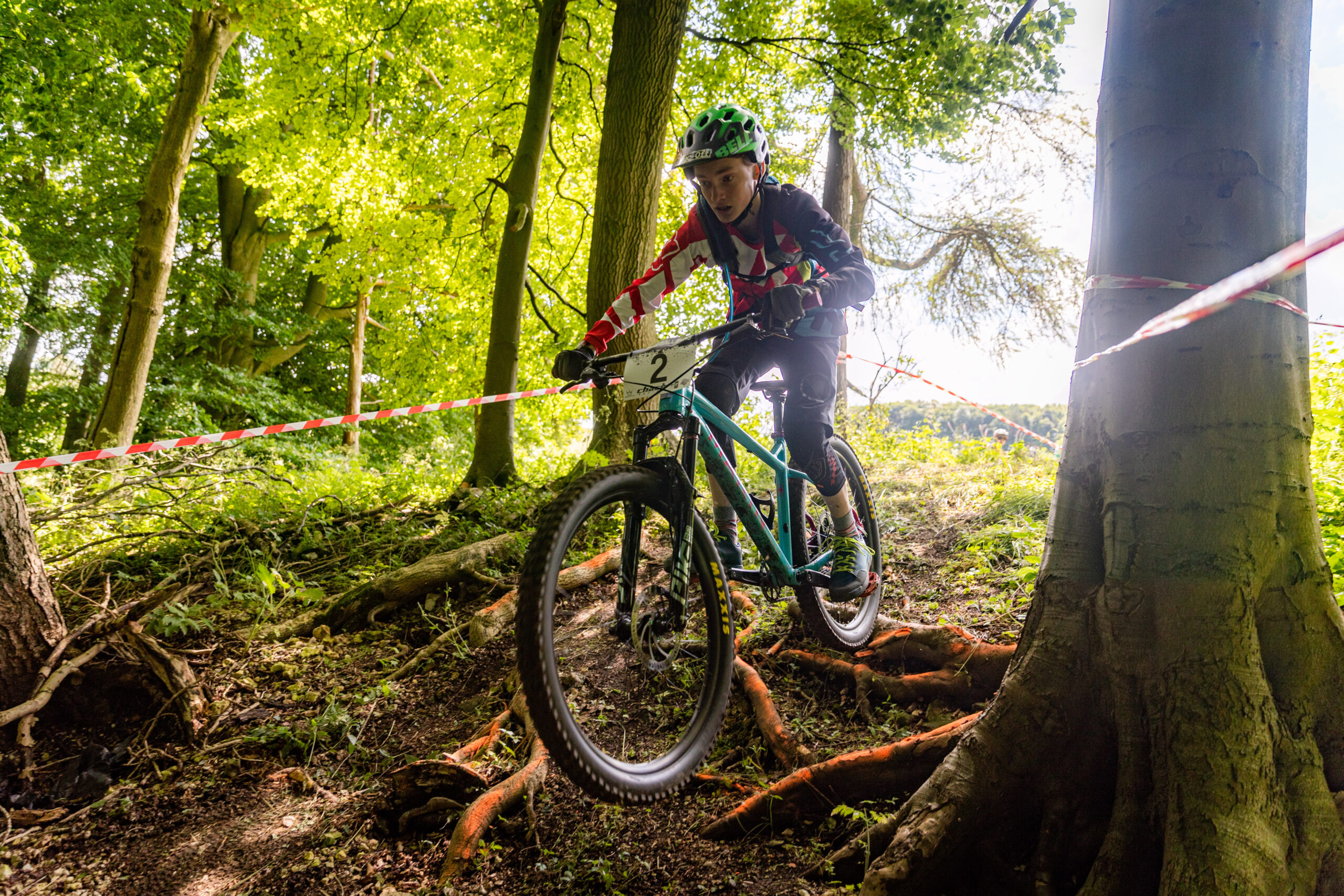